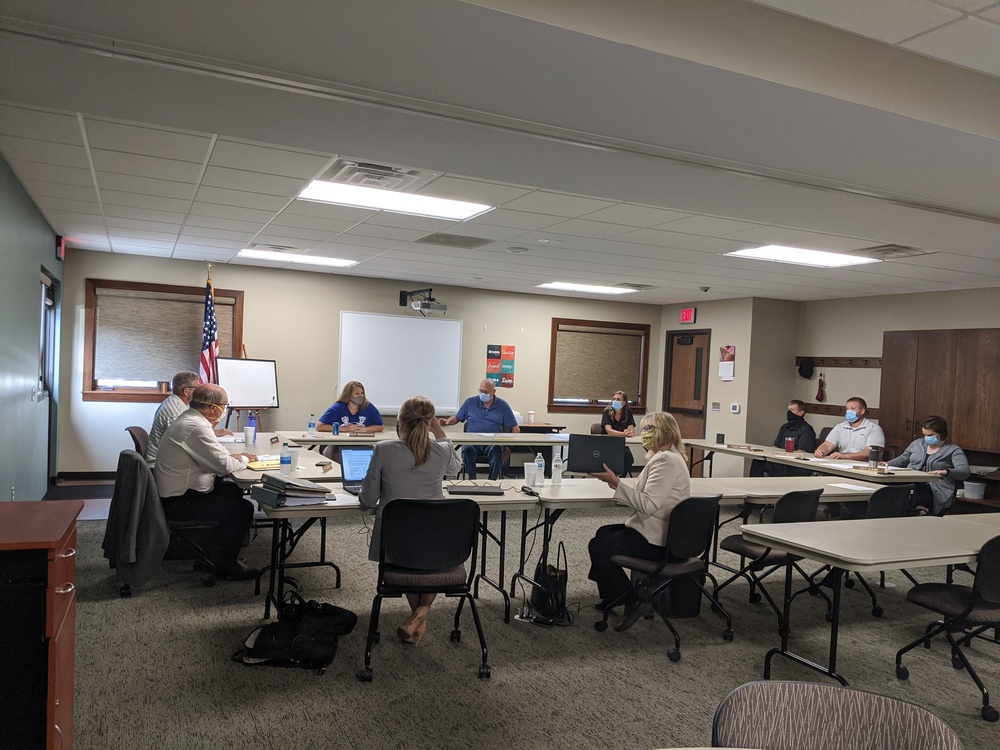 The Plainview City Council met for near 11 hours last Friday, Aug. 28, for a special meeting of the full council with a mediator, Police Chief Bruce Yosten, and a host of attorneys for representing both sides.

The purpose of the meeting was to attempt to find a resolution to the two cases filed against the City of Plainview by Police Chief Bruce Yosten – a workman’s comp claim, which had subsequently been dropped a week or so ago; and a tort (civil) claim for $1 million.

The mediator, Joe Grant of Lincoln attorney firm, Prentiss Grant, presided over the meeting, giving an introduction, some expectations for decorum at the meeting and explained what his role in the day would be.

Prior to the beginning of the meeting, Grant asked if he could speak with Council member Pam Yosten, and following a short conference, Yosten recused herself from her Council duties for the remainder of the meeting, and participated with her husband, Police Chief Bruce Yosten.

Following Grant’s introductions and explanations of the procedure for the day, the Council moved into executive session for a number of hours at a time, coming out of session for breaks, and finally resolving at around 8 p.m. that evening with a public session again with a decision.

Council member Julie Brookhouser moved to approve the City entering into a compromise settlement following mediation to accept a release in full of all claims from Bruce Yosten and Pam Yosten in exchange for a payment of $115,000 and authorize the City to pay $57,500 toward the settlement with the remaining $57,500 to be paid by the City’s insurance carrier, EMC Insurance Companies. Council member Bob Smith seconded, and with an affirmative vote from third Council member Tyler Sanne, the motion carried 3-1. Council member Pam Yosten abstaining.

According to City Clerk Courtney Retzlaff following the meeting, the decision by the Council included the workman’s comp claim, and the tort claim and “any other employment related claims” that could be brought against the Council.

An attempt by the News Publisher, Brook Curtiss, to obtain a copy of the Settlement agreement, which was accepted and signed in open session, was met by the City’s insurance attorneys with a demand for a Freedom of Information Act request, which was subsequently filed by the News to obtain the entire document.

Comment sought from Police Chief Bruce Yosten on Tuesday were not returned by press time.